Visit the school virtually with your own VR
gear or any available devices for 3D viewing
and take a more detailed look into the safely
prepared set-up of MCM’s campus facilities.

Malayan Colleges Mindanao, A Mapúa School,
has partnered with Labster, one of the leading
software companies in Denmark, developing
virtual laboratory simulations for students.

Connect, engage, and share insights with your
fellow readers and storytellers.

We have tons of activities and surprises in store for
you that come with awesome prizes from Wiley!

Read established guidelines, measures and important
information that will affect the MCM Community and the
administration’s operations.

Free 24/7 medical assistance and consultation for
MCM students and employees.

In observance of Philippine Holiday, business and business transactions for this day are suspended. Any online payments received on this day shall be posted on the next business day.

In observance of the Philippine Holiday, business and business transactions for this day are suspended. Any online payments received on this day shall be posted on the next business day.

In observance of Philippine Holiday, business and business transactions for this day are suspended. Any online payments received on this day shall be posted on the next business day.

In observance of the Philippine Holiday, business and business transactions for this day are suspended. Any online payments received on this day shall be posted on the next business day.

MCM has built a community of competent and innovative leaders who possess attributes that make them globally competitive and locally in-demand, distinguishing itself from the rest. 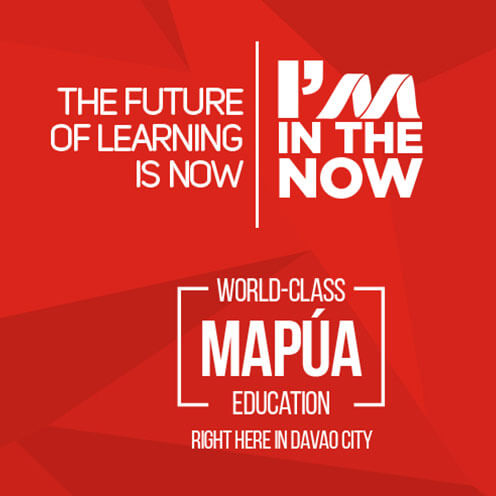 Transforming Students to become globally competitive professionals is at the core of MCM’s vision. Through learner-centered, outcomes-based education (LC-OBE), MCM commits to ensuring that student learning is focused on attaining industry standards through clearly defined outcomes. Through LC-OBE, MCM students have access to personalized learning so they can performed their best and achieve their academic and personal goals.

The academic excellence that Mapúa is known for is embedded in MCM’s DNA. MCM dedicates to bring to Mindanao the world-class Mapúa education that produces graduates that are highly preferred by industries here and abroad.

The Alfonso T. Yuchengco College of Business was established to cater to the needs of Mindanao for a more technology-oriented business school. Named after the late Amb. Alfonso T. Yuchengco, The ATYCB seeks to live up to the vision and drive of the person who made the Yuchengco Group of Companies what it is today: a megalith in the business world.

College of Arts and Science

The College of Arts and Science provides diverse learning experiences to help MCM undergraduate students meet the outcomes in their exploration of various disciplines across the liberal arts. The foundational courses offered by the College aim to prepare them for professional courses and allow them to emerge as mature 21st century learners who are capable of using available and emerging technologies, information, and resources for learning, expression, critical thinking, and problem solving. With its 18 (later expected at 29-30) full-time and part-time faculty members, it is, currently, MCM’s largest College offering an average of 250 courses per term.

College of Computer and Information Science

The College of Computer and Information Science (CCIS) designed its curricula to produce IT professionals who embody creative, technical, and analytical faculties and shall utilize the same for nation-building. CCIS provides a holistic hands-on-training through a balance of arts and science and technology and at the same time guides the students in their quest for modern and humane society.

College of Engineering and Architecture

College of Engineering and Architecture (CEA) transforms its graduates to become globally competitive, innovative leaders, socially responsible and result-oriented engineers and architects. MCM-CEA commits to educate students imbued with good moral and ethical values while engaging economically viable research and innovation that is relevant locally and beyond. At CEA, students are primed and supervised by their adept mentors equipping students with profound knowledge and excellent skill-set through outcomes-based curricula in order for the students to have access to personalized learning allowing them to perform their best and achieve their academic and personal goals meeting local and global standards. This kind of learning environment will upskill students to find state of the art solutions to the most challenging technological and socio-technological issues of different industries.

The Malayan Colleges Mindanao Senior High School is setting the bar in the delivery of outcomes-base education in Mindanao and the rest of the world. With its blended-learning approach, smart campus, highly-qualified faculty members, learner-centered curricula and industry-preferred programs, MCM Senior High School provides its students with global skills, competencies and knowledge that will lead to successful career paths in the future.