The MCM Cup is an annual inter-school event that hosts different secondary schools who will be competing in various contests and activities. Students represent their schools to participate in multidisciplinary and multi-intellectual competitions, showcasing their skills in math, science, and the arts. Every year, winners are awarded with major awards and prizes such as trophies, medals, certificates, cash prizes and scholarships — namely the MCM Cup Top 3 and MCM Cup Finalist promotional discount scholarships.

This marks Malayan Colleges Mindanao’s first ever MCM Cup since its establishment, held on February 1 – 3, 2018.

With their theme of I’M IN THE NOW, inspired by the state of mind of the Mindanao Millennial about the latest trends, issues, arts and culture impacting the community, it is a call for our Mindanao youths to discover the skills that matters most today and in the future.

Through MCM Cup 2018, we continue to ‘sound-off’ our advocacy for OBE (Outcomes-Based Education) and academic excellence for the upcoming years with more challenges to enhance the community’s excitement and passion. 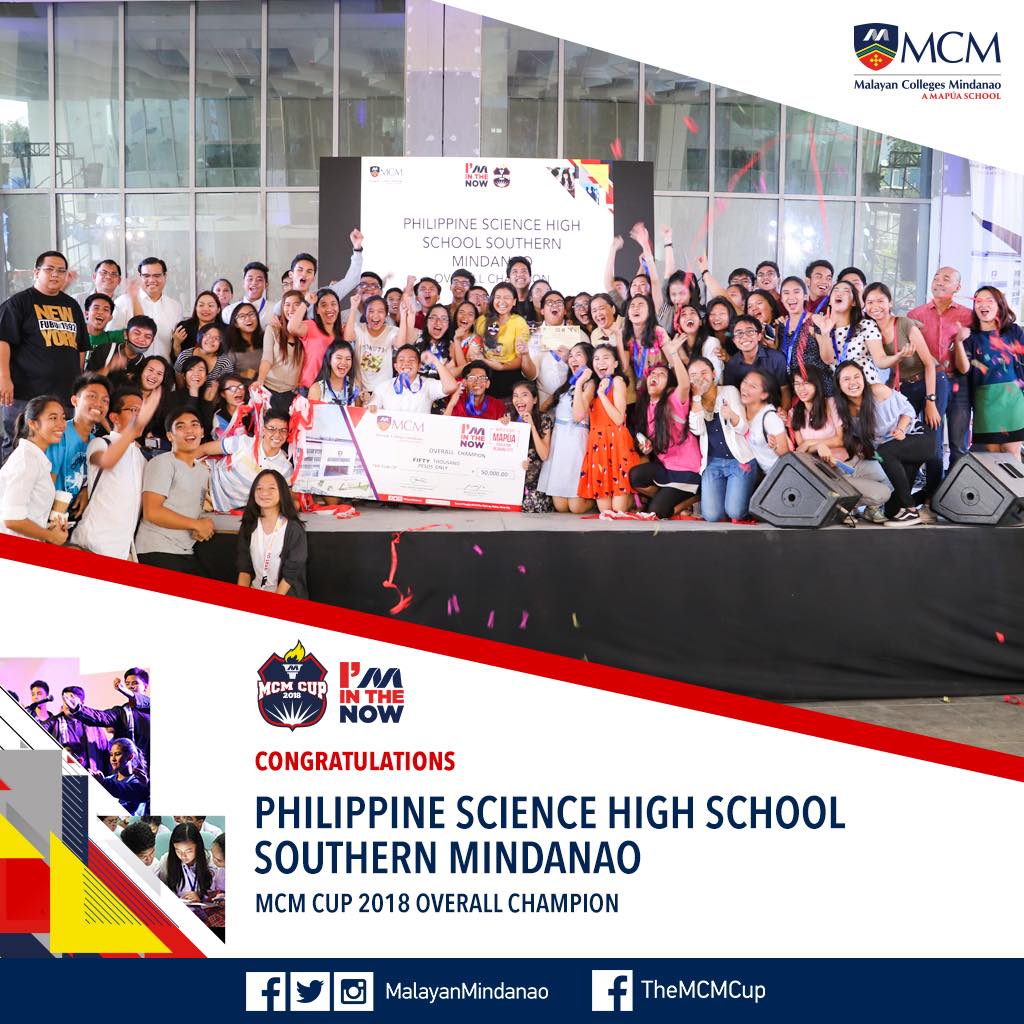 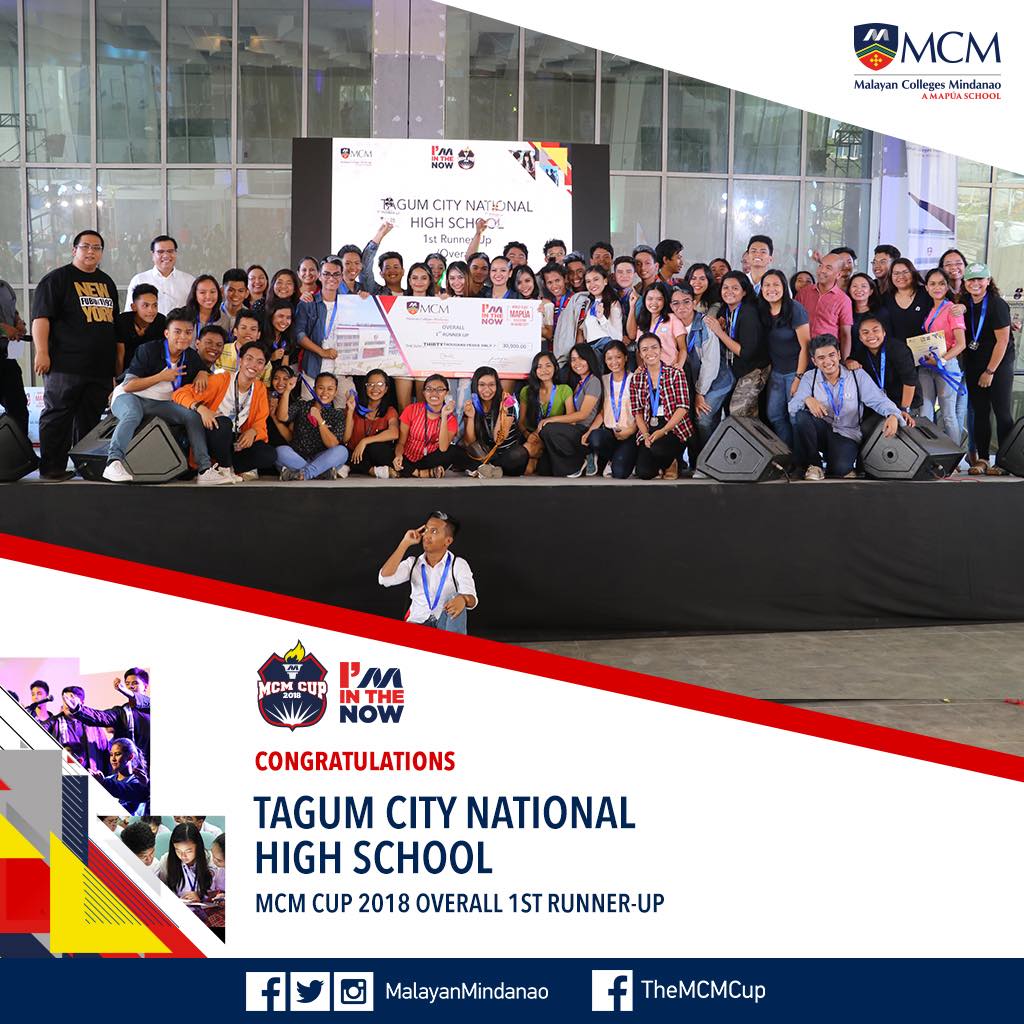 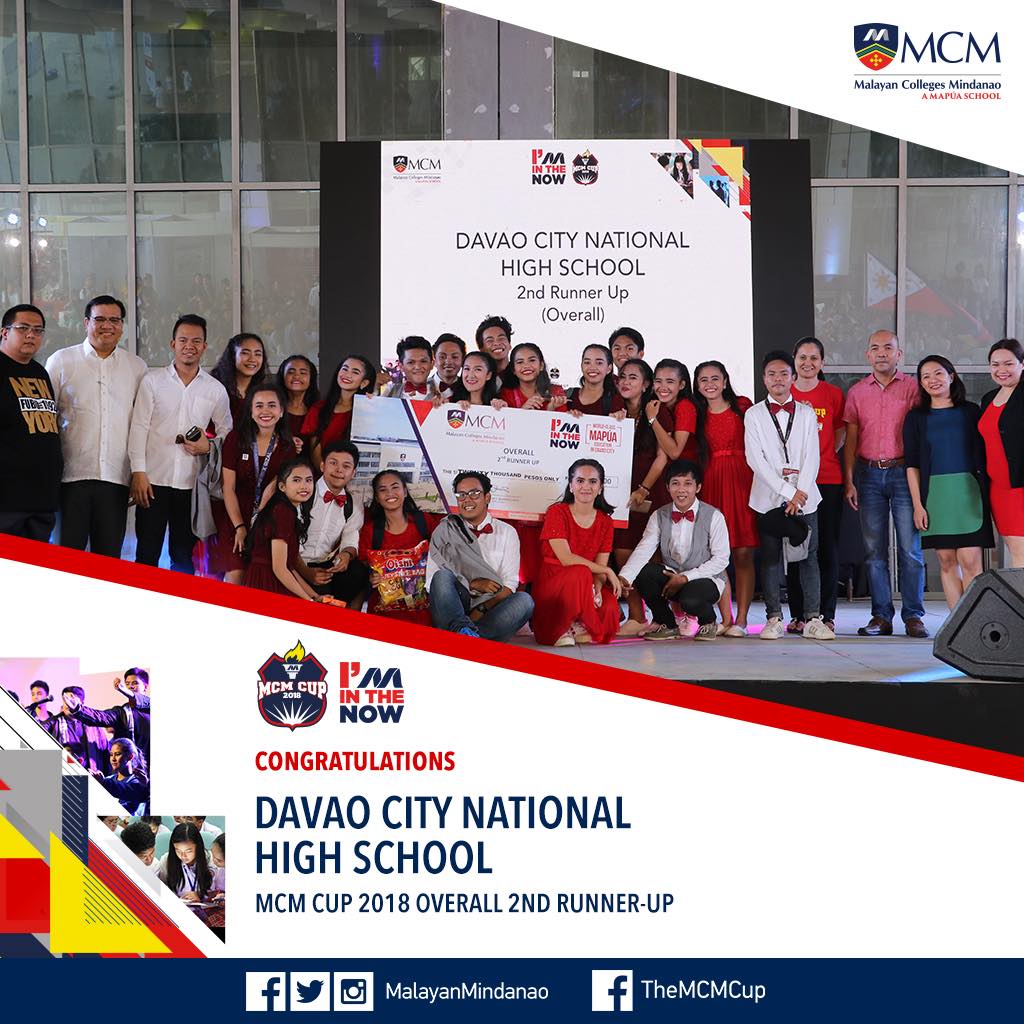 The Unity Puzzle is the product of an activity played among the representatives of the institution’s partners at the first ever MCM Cup. This was played to symbolize the unity among the partners and stakeholders of the Malayan community — fully welcoming MCM into the fold since its construction in early 2017.

MCM’s partners in this event and throughout its entire scholastic journey, took part in this unity puzzle to show their support and acknowledgment towards the institution; and it continues to be present within the school today, signifying this everlasting support. 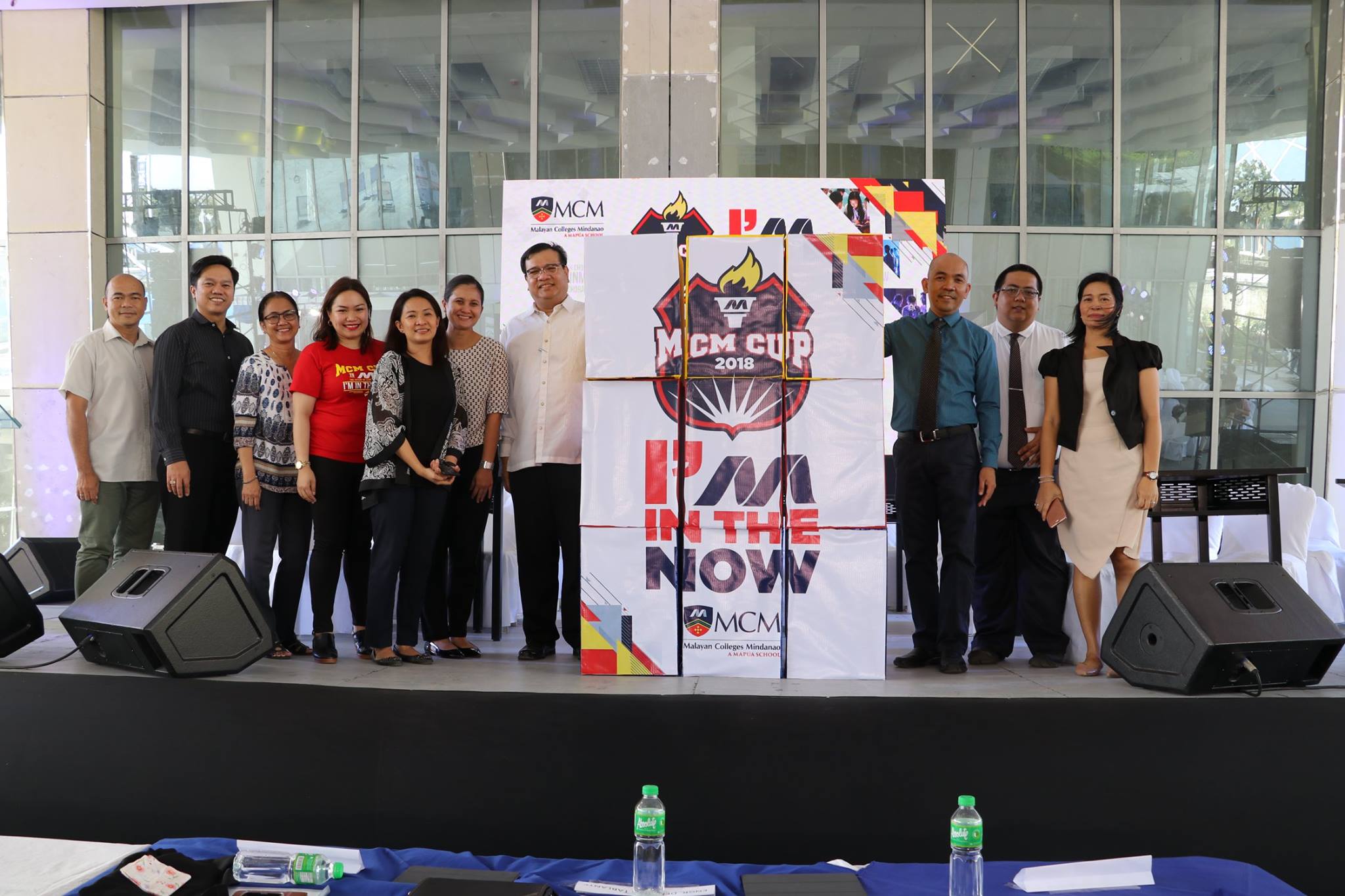 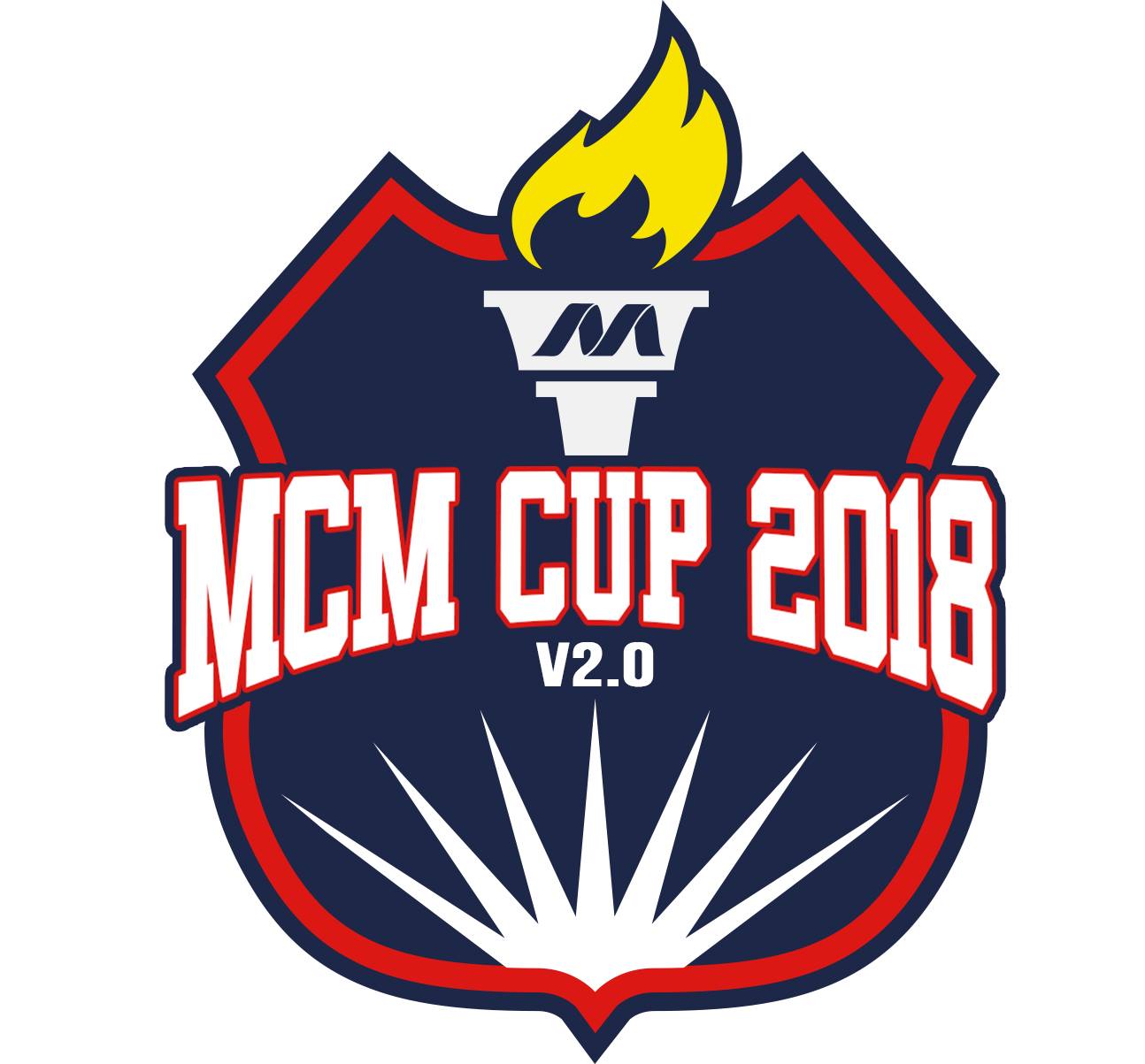 This year’s theme is OUTCOMES BEYOND EXPECTATIONS (OBE) is deeply anchored on Malayan Colleges Mindanao’s advocacy for Outcomes Based Education or OBE. It further highlights academic excellence and relevance in the society in the coming years. OBE further envisions for an active academic community committed in delivering world-class education in Mindanao. 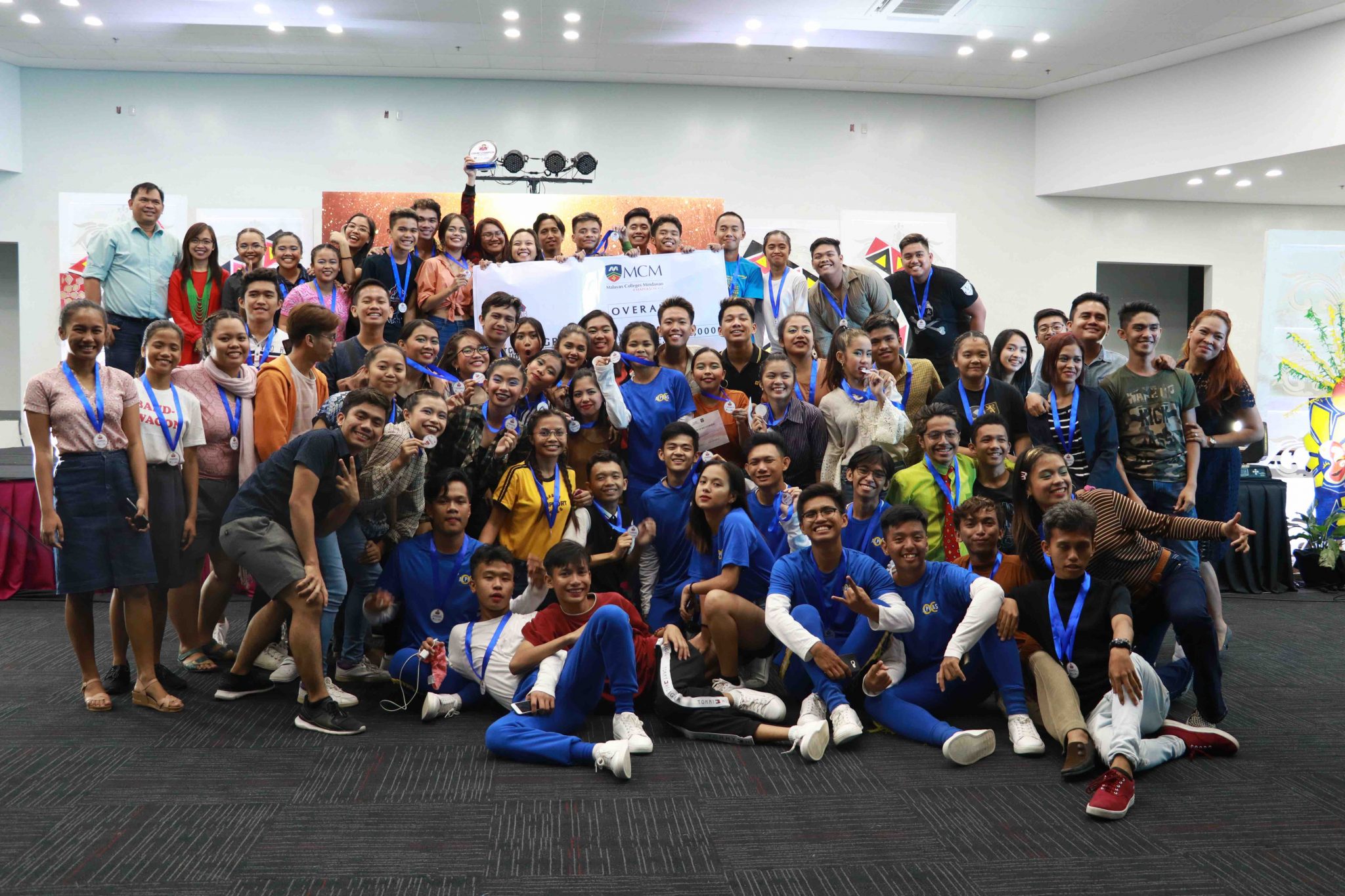 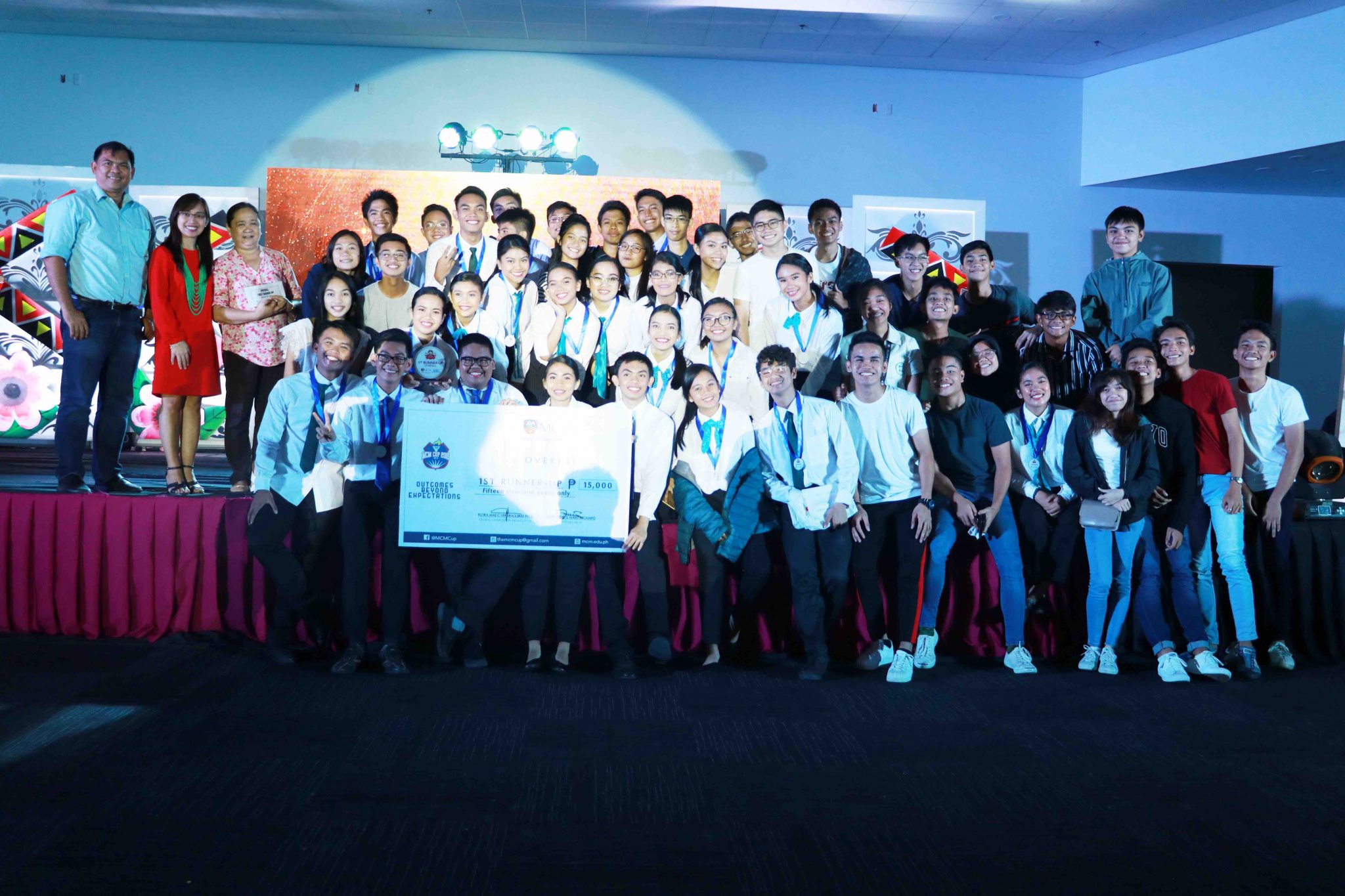 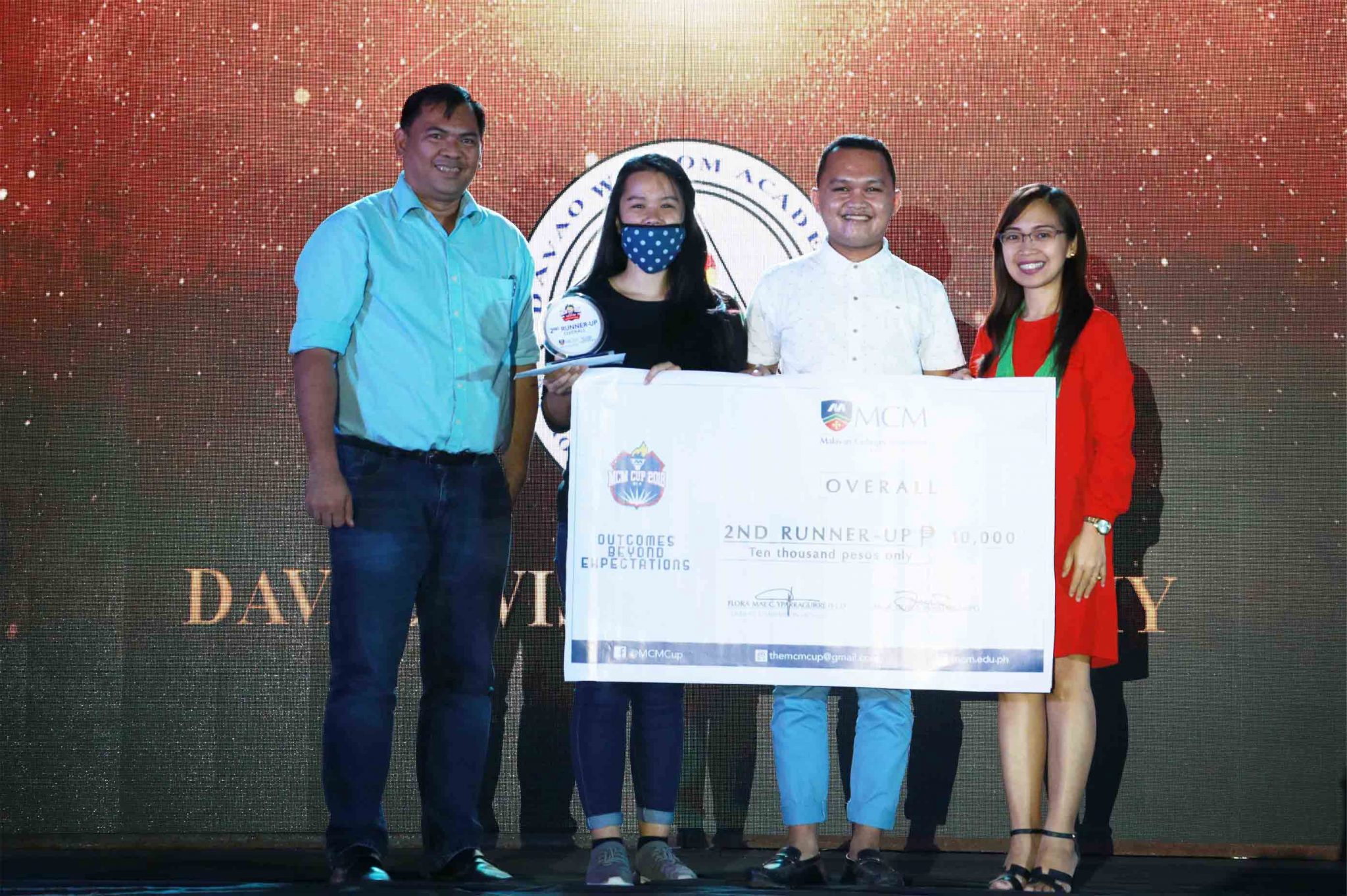 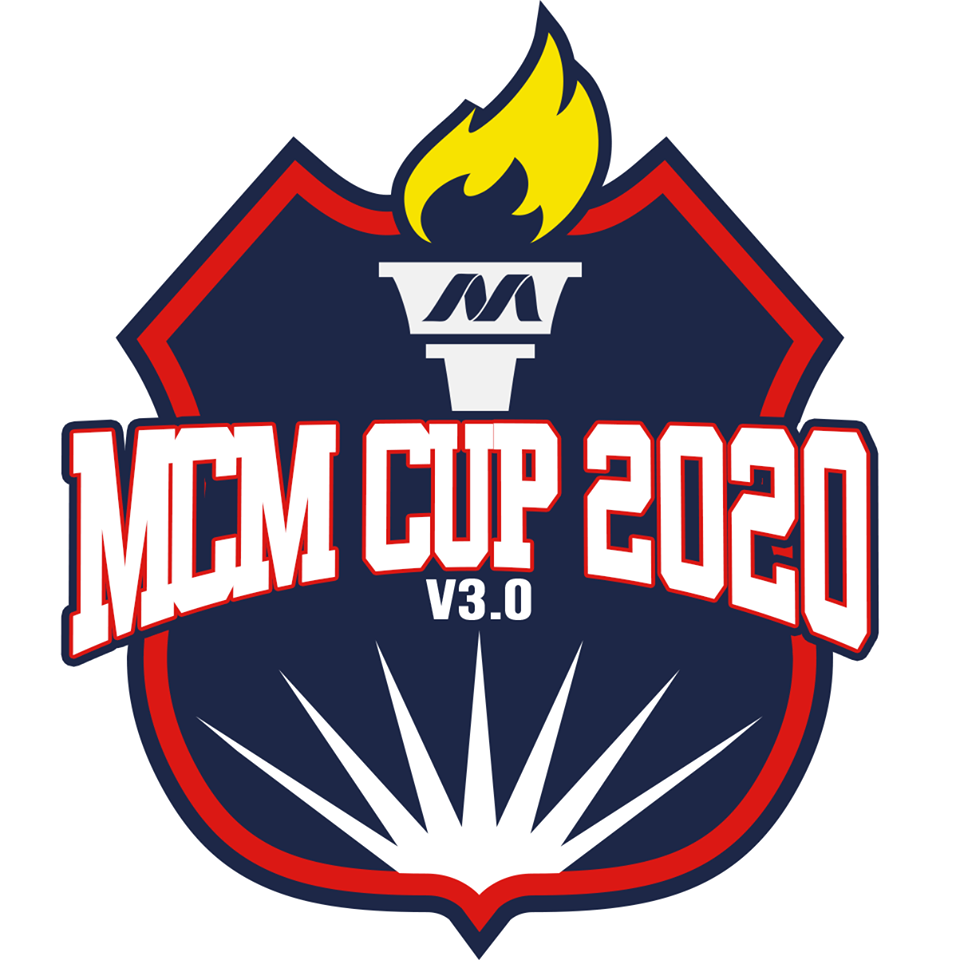 On its third run, MCM opened its doors to 42 schools from all over Mindanao to exhibit their 21st century skills in math, science, arts and sports, highlighting the goal of the event which is to unite all schools and students in Mindanao and give them a platform and stage to shine and show their talents.

Around 45 schools from different regions all over Mindanao participated and competed to be the next MCM Cup champions. The MCM Cup was held virtually for the first time, allowing the learners to showcase their 21st century skills in math, science, and arts. 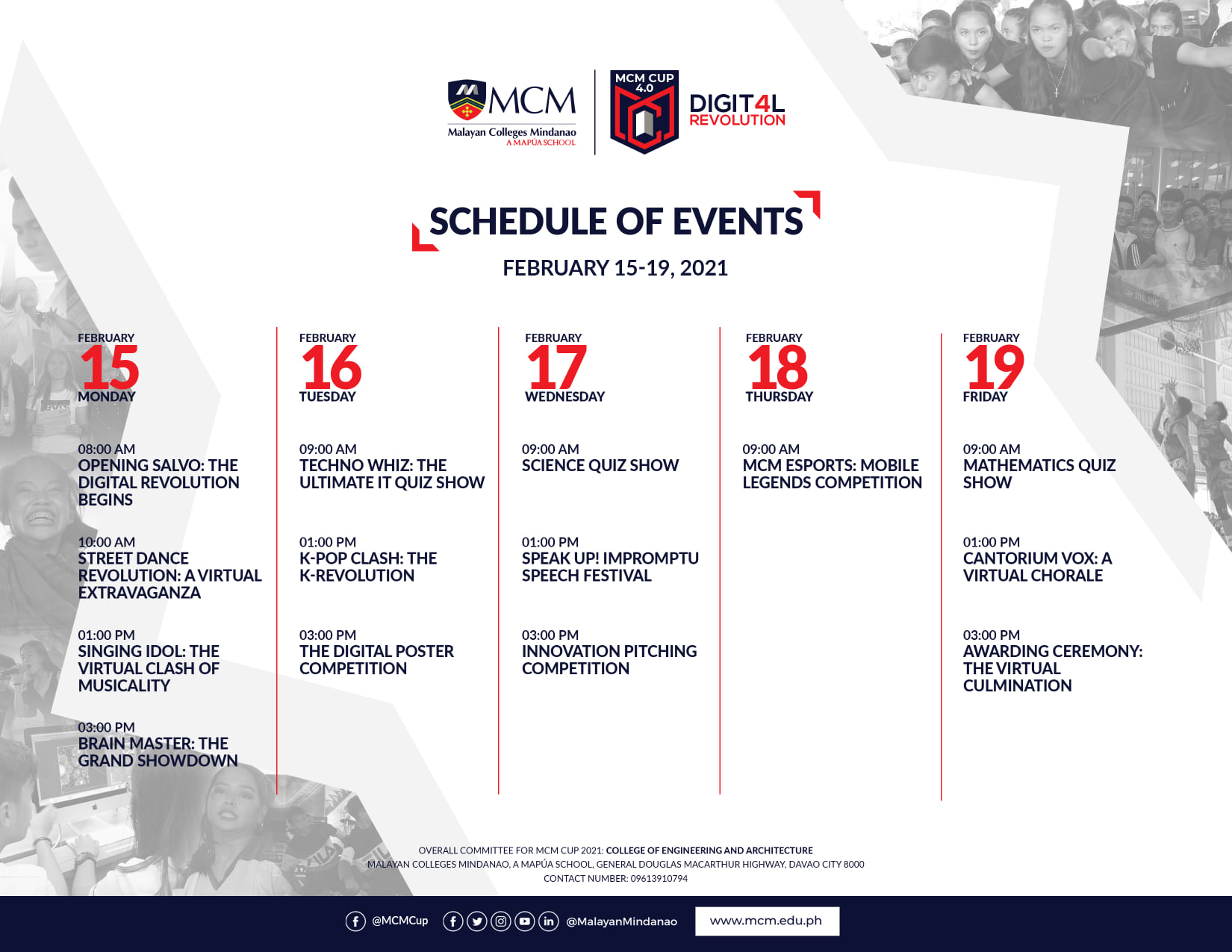 This promotional discount program is given to the 1st to 3rd place winners of the MCM Cup events Brainmasters, Math Quiz Show and Science Quiz Show.

Winners of these events receive 100% discount on tuition and laboratory fees for one (1) school year except summer. 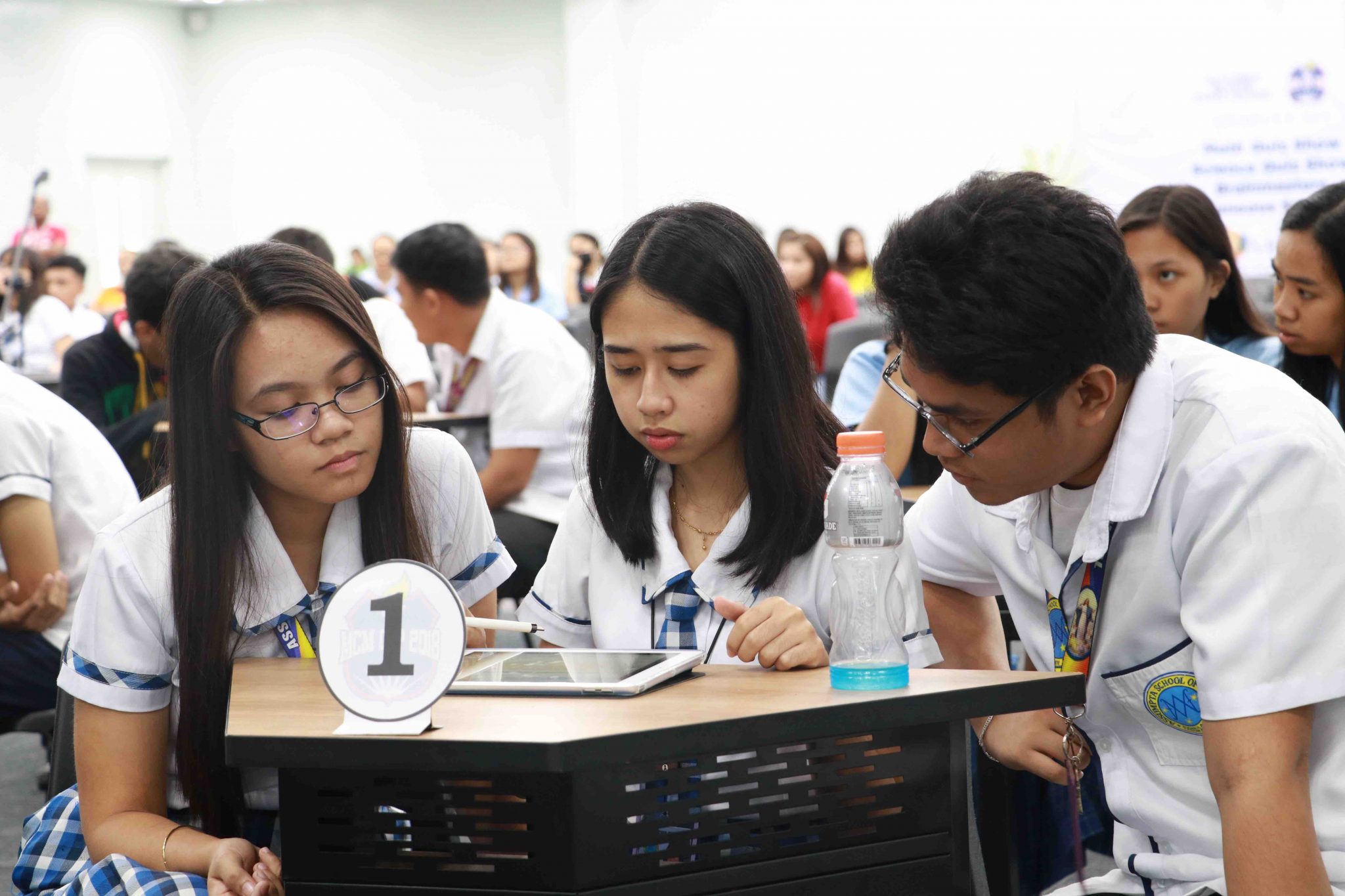 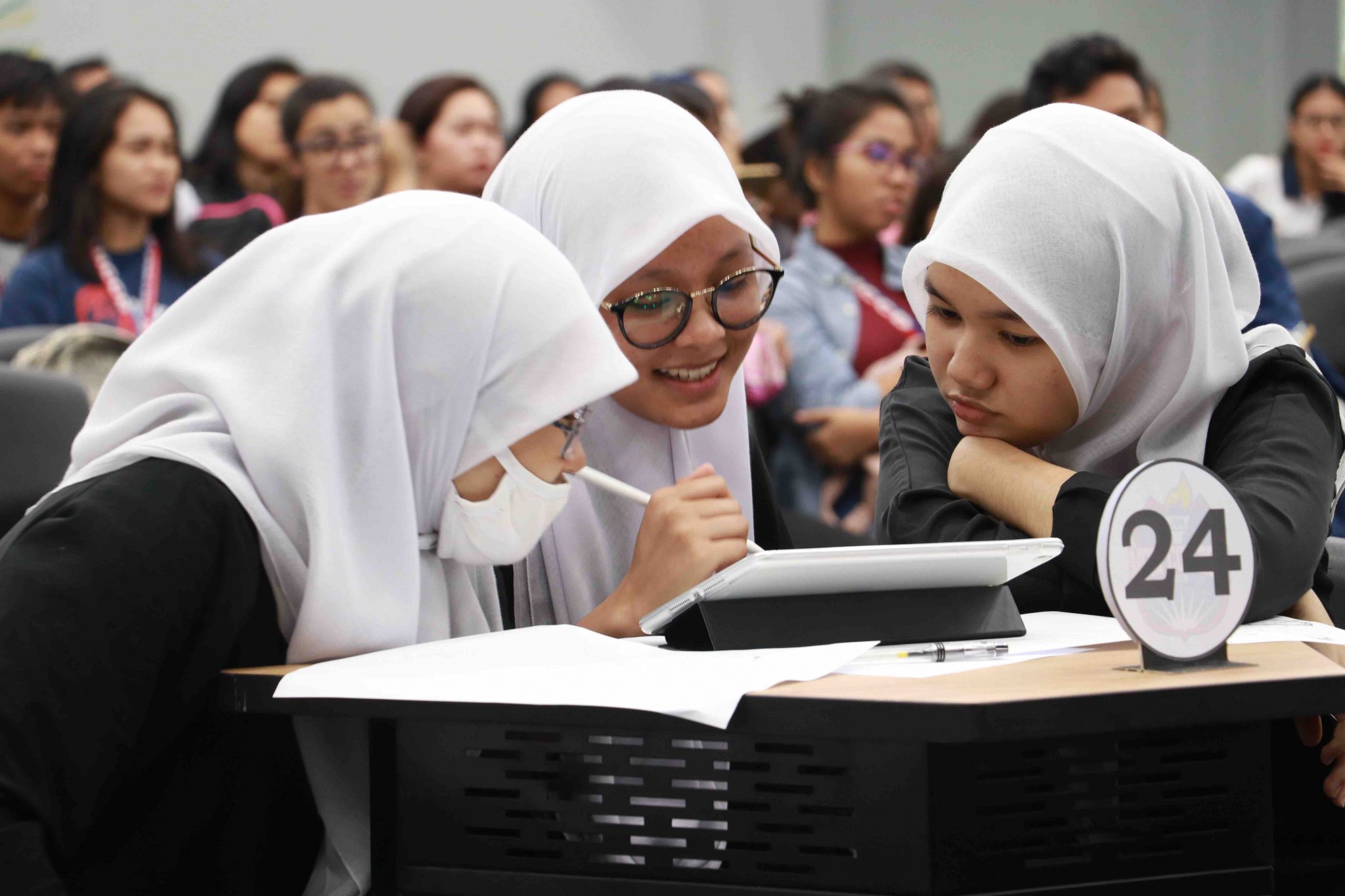 This promotional discount program is given to the 4th to 10th place winners of the MCM Cup events Brainmasters, Math Quiz Show and Science Quiz Show.

Winners of these events receive 50% discount on tuition and laboratory fees for one (1) school year except summer.

Read the many articles written about the MCM Cup events: